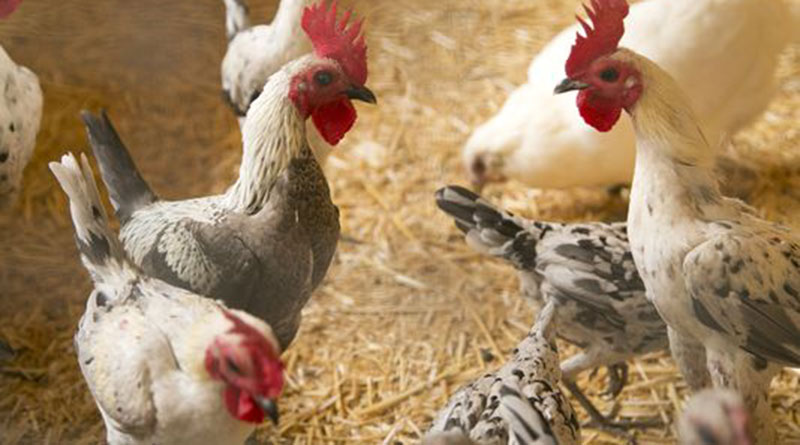 Nathan Infurna, store manager of Pratt’s Pets and Feed, talks about Glendale considering an ordinance to allow backyard chickens and why his customers want it to pass. David Wallace/azcentral.com

Attendees furiously scribbled opinions on comment cards. They whispered with one another, trying to determine who was on whose side. And when the time came for public feedback, they gave it. Loudly.

The topic wasn’t the future of the Arizona Coyotes or the controversial Desert Diamond Casino, issues that previously packed City Hall. This time, it was chickens.

A proposed change to allow a “reasonable” number of chickens in the backyard of any Glendale single-family home, has sparked a divisive debate and left residents with ruffled feathers.

If approved later this year, Glendale will be one of the last cities in the Valley to allow backyard chickens. Currently, only properties with large lots can have chickens.

Many other cities, including Phoenix, settled the chicken battle years ago and allowed residents to raise chickens, accommodating a growing nationwide trend. Peoria allows an unlimited number of chickens, so long as they don’t create a “public nuisance.” Surprise allows up to 25 chickens per half-acre.

“It just kind of speaks to the goofiness that is local politics sometimes.”

Although the city officially allows chickens on just a handful of properties, Pratt’s Pets in downtown Glendale has seen a “dramatic” 30 to 40 percent increase in poultry and chicken feed sales over the past five years, general manager Nathan Infurna said.

“There’s more chickens in the Valley than what people think.”

But many residents don’t care how trendy the hobby has become: They are determined to halt the city’s effort and ensure the noise and smell of birds don’t land in their neighborhoods.

Ironically, Glendale is the birthplace of the Valley’s chicken dynasty — Hickman’s Family Farms.

In 1997, Glendale tried to strip Hickman’s — the largest egg manufacturer in the Valley — of the right to raise chickens on its 40-acre Glendale property. Hickman’s moved out of the city that year.

“It just kind of speaks to the goofiness that is local politics sometimes,” Hickman’s Family Farms CEO Glenn Hickman said.

A chicken at Pratt’s Pets and Feed in Glendale on Sept. 13, 2016. Glendale is considering an ordinance that would allow chickens in most residential backyards.  David Wallace/The Republic

At the August meeting, those against the change shared horror stories of chicken encounters.

Among their questions for the city: How will code enforcement keep up with the influx of smelly, noisy backyard birds? Will homeowners associations be affected? How can the city change the quality of life for residents who don’t want to see, smell or hear chickens?

Those in favor of backyard chickens presented a much different picture. They said chickens make quiet, sanitary and peaceful pets and provide a clean, healthy source of protein and eggs. And perhaps most importantly, they said, it is within their rights as homeowners to raise chickens if they choose.

“A chicken is not a pet. I’m sorry. It might be entertaining but it’s not a pet.”

Craig Chapman, who said he moved to Arizona 14 months ago from a rural area northeast of Seattle, told city staffers he didn’t mind hearing chickens when he lived in a farming community. But to hear them in his suburban backyard is unacceptable, he said.

“I think that in a housing environment, the discussion of even allowing chickens is nuts,” Chapman said.

Michele Tennyson, a Glendale resident and Realtor, said she’s concerned about property values. She said “the quality of life” unexpectedly would change for people.

“A pet is something you put on a leash, you can take for a walk, you can bring it in the house if the dog is barking too much and annoying the neighbor. At night when you go to bed, maybe the cat or the dog is going to cuddle with you,” Tennyson said. “That’s not a chicken and a chicken is not a pet. I’m sorry. It might be entertaining but it’s not a pet.”

Code compliance administrator Tim Boling said the city received 180 complaints regarding chickens in the past three years. That is more than any other animal nuisance, like a barking dog, he said.

Those who have experience raising backyard chickens said their opponents misunderstand the birds.

Resident Michael Socaciu said he didn’t understand why the city has rules about the number of chickens an individual can own, but pays no mind to the number of cats, dogs or recreational birds, like parrots or parakeets. He said chickens should not be treated differently “just because they lay edible eggs.”

Experts say thousands of families across the Valley, and millions across the country, partake in urban chicken farming.

Attorney Javier Delgado, who represents HOAs in the Valley, said backyard chickens are one of the hottest topics among homeowners.

Infurna attributed the increased interest to social responsibility. He said more people are interested in decreasing their carbon footprints and knowing where their food comes from. Backyard chicken farming is a simple way to accomplish that, he said.

The Hickmans’ egg empire began with just a few backyard chickens in Glendale in 1944. Hickman said his grandmother, Nell Hickman, raised a few hens in her backyard and sold the eggs on her back porch.

Her neighbors enjoyed the fresh eggs, and the demand led her to acquire more and more chickens. When the Hickmans left Glendale in 1997, they had 300,000 chickens.

Hickman, who now operates facilities in Arlington and Tonopah, said he isn’t sure the craze over backyard chickens is anything more than a fad.

“There’s certain things that go through phases, if you will,” he said. “A few years ago hedgehogs were the big thing and a few years before that ostrich farming was a big deal and people had those in their backyard.”

Asked if he feared the backyard chicken boom could put him out of business, Hickman chuckled.

“We have capacity for 10 million chickens,” he said. “I mean, I’m not really worried about some folks in their backyard becoming such an overwhelming trend that we won’t have commercial customers that we need to service.” 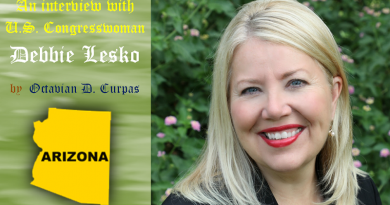 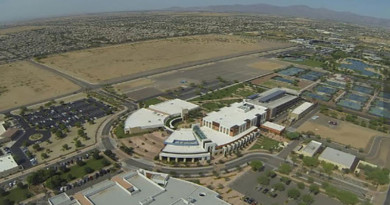 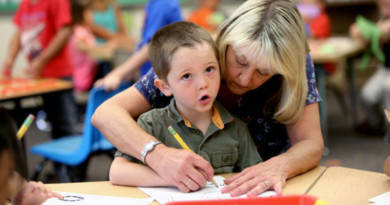