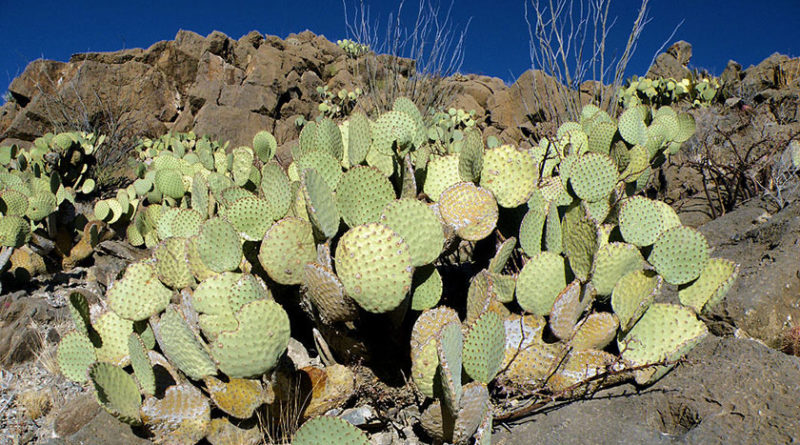 Prickly pear cactus (Opuntia ficus-indica), is an edible cactus plant that grows in the arid and semi-arid regions of the world. English names for the plant and its fruit are Indian fig opuntia, barbary fig, cactus pear, spineless cactus, and prickly pear, although this last name has also been applied to other less common Opuntia species. Broad, flat leaves and sharp spines characterize the prickly pear cactus, and the colorful flowers turn into edible bulb-shaped fruits.

Prickly pear cactus is an important commercial crop in Mexico, Latin America, North Africa, the Mediterranean countries and the Middle East. Grown mostly as a fruit crop, the plant is valued for its large, sweet fruits called figs or tunas. The fruits are used typically used to make candies, jellies, jams, syrups, juices and even alcoholic beverages.

The tender leaves or pads of the cactus, called nopales, often appear in boiled or grilled vegetable dishes, particularly in Mexican cuisine. Prickly pear extract and various other parts of the plant have many medicinal uses.
Prickly Pear Cactus as a Superfood

People who practice a healthy, natural lifestyle often promote prickly pear cactus as a superfood. They cite the antiviral, anti-inflammatory and anti-clotting properties of the plant. In Mexican folk medicine, the cactus pulp and juice are used to treat skin wounds, stomach swelling, digestive problems and urinary tract infections.

In modern holistic medicine, prickly pear cactus extract and supplements are used to treat type 2 diabetes, high cholesterol, colitis, diarrhea and benign enlargement of the prostate gland. Prickly pear lollipops are sometimes used as a weight loss aid to treat obesity and overweight. The natural extract is a useful remedy for alcohol hangovers, and the plant’s gel-like sap is often used as a hair conditioner.
Medical Research and Scientific Studies

According to the Mayo Foundation for Medical Education and Research, preliminary studies indicate that prickly pear extract may decrease blood glucose levels in patients with type 2 diabetes. The fiber and pectin found within the cactus appears to lower blood sugar by decreasing sugar absorption in the stomach and intestines. The plant extract improves insulin sensitivity, and it also protects the liver from oxidation.

In other research, prickly pear extract was shown to ease the unpleasant effects and pain of an alcohol hangover. Scientists continue to study the impact of prickly pear properties on cholesterol levels, blood clotting activity, viral infections and other health issues.
The Nutritional Value of Prickly Pear Cactus

While doctors of traditional medicine hesitate to call prickly pear cactus a superfood, they believe that it can supplement a healthy diet. The high-fiber cactus is rich in antioxidants and carotenoids. Practically the entire plant is edible and nutritious, from the flowers and fruits to the stems and leaves.

“The International Journal of Food Science and Nutrition” reports that prickly pear cactus is a good source of several important minerals. Calcium, potassium, magnesium and phosphorus are among them. The prickly pear seed contains linoleic acid, an essential fatty acid with numerous health benefits.

Side Effects of Prickly Pear Cactus

Medical doctors, nutritionists and holistic practitioners recommend that people gradually add prickly pear cactus to their diets. Both the edible plant and the dietary supplements can cause negative side effects in some people. Nausea, increased stool volume and frequency, mild diarrhea and abdominal fullness are the most common side effects. While they are not the norm, easing prickly pear into the diet can minimize these effects.

Where to Find Prickly Pear Cactus

Prickly pear cactus pads, fruits, jellies and syrups are showing up on supermarket shelves and produce aisles across the country. They are most prevalent in large grocery stores that embrace international cuisine and multicultural perspectives. Restaurants that serve Mexican food and other ethnic cuisine often feature meat and vegetable dishes made with slices of prickly pear cactus .

Prickly pear cactus is also available as a supplement, usually as oils or extracts in capsules. 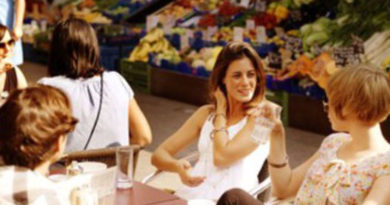