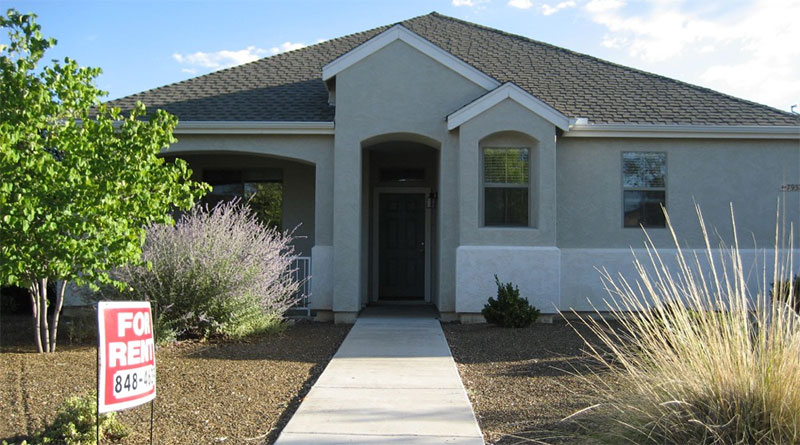 A real estate firm estimates ‘that in many of the nation’s top markets, roughly one in every five houses sold is bought by someone who never moves in.

A conversation on Twitter this week resurfaced a Wall Street Journal report from April about big investors getting into real estate, overbidding normal people to do so. “If You Sell a House These Days, the Buyer Might Be a Pension Fund,” the title says. “Yield-chasing investors are snapping up single-family homes, competing with ordinary Americans and driving up prices.”

The resulting social media traffic made the article No. 1 on the WSJ website on June 10. https://5f745bf4cb5dd6932b1aa4ae0d02b4ff.safeframe.googlesyndication.com/safeframe/1-0-38/html/container.html

“You now have permanent capital competing with a young couple trying to buy a house,” real estate consultant John Burns told the Wall Street Journal. “That’s going to make U.S. housing permanently more expensive.” His firm estimates “that in many of the nation’s top markets, roughly one in every five houses sold is bought by someone who never moves in.”

This is a direct consequence of the Fed printing so much money and long encouraging debt by keeping interest rates so low for so long that investors are looking for better assets. Our government has long privileged debt over savings in large part because that makes it easier for the government to deficit spend, making debt less costly to Congress. So normal people essentially get punished for saving because Congress won’t stop spending.

Since the government quietly taxes away your savings through inflation, people and institutions who want to put money away for future use, or just grow their assets, are forced into riskier and more distortive behavior. Thus mega-dollar money asset managers and private equity firms are snapping up millions of homes at inflated prices because government profligacy has made it harder for them to secure a yield.

“Limited housing supply, low rates, a global reach for yield, and what we’re calling the institutionalization of real-estate investors has set the stage for another speculative investor-driven home price bubble,” the Journal quotes from a market analysis. The paper later notes the similarities to the 2008 housing market crash caused by government-forced subprime lending that “wiped out $11 trillion in U.S. household wealth and brought the global financial system to the brink of collapse.”

This government-caused financial disaster waiting to happen won’t only have financial effects. It will have social effects. One is causing fewer people to be homeowners and effectively taking away wealth from those who do manage to buy a home but at a government-bubbled price.

Giant asset management firms driving up home prices forces more people to rent who would own if the prices weren’t so inflated. It also increases the ratio of renters to owners. In addition, government rules require those who own numerous properties to reserve a percentage for federally subsidized low-income renters, thereby forcibly injecting into communities people whose behavior generally is far worse than those of their neighbors, since nowadays poverty and antisocial behavior is correlated in the United States.

When we moved into our first house, a new neighbor asked whether we were renters or owners. At the time, I thought it was an odd question. A decade later, it makes perfect sense. The neighbors who rent are on average worse neighbors. They tend their yards and homes much less. They make more noise. They get the police called to their homes more often, for everything from domestic violence to raucous parties to drug busts to leaving their car parked in the street in the way of everyone else.

In places with higher costs of living, renters may have higher average incomes than in my city,  mitigating some of these effects. But not most or even all. Even middle-class and college-educated neighbors who rent, who aren’t usually getting the police called in the middle of the night, do a poorer job with things like yard upkeep. It’s only natural.

One good friend used to boast of preferring renting to owning in Chicago, in large part because every repair or upkeep issue at his place was “not my problem.” That kind of attitude may make sense to an individual, but it is selfish to neighbors, who have to look at poorly tended yards and face depreciating home values because owning cultivates qualitatively different — and far preferable — behaviors than renting.

Owning makes people take responsibility and feel more investment in their community. Renters are less-invested and more easily detached. When more money and commitment are on the line, in the aggregate people will behave better. So this entire financial dynamic also ruins more people’s quality of life and degrades social standards for more people.

As every real estate agent knows, quality of life is crucial to the health of community life. When one guy on your street honks his horn every morning at 6 a.m. to get his carpool to come outside, it may not be criminal but it sure is a problem. When a neighbor blows up firecrackers until midnight every night for the two weeks surrounding the Fourth of July, it’s the same.

The rent-subsidized house on my street is a merry-go-round of drunks, meth heads, unmarried couples who fight, and people who strew trash around the yard that blows all over the neighborhood. Because they tend to be lower-income people, or people who don’t have the self-discipline to save up a down payment, renters are far more likely to do things like this. Their open rudeness also gives people permission to indulge in more, creating a vicious social cycle.

Rude neighbors shouldn’t be allowed to endlessly impose their aggravated selfishness on everyone else. Where individual landlords and local real estate companies own most rental units, there are more ways to address such situations.

You can look up their name in the local property records and call to complain. You and your neighbors can quietly organize to enforce every city ordinance on a problem neighbor that ultimately results in the renter or his slumlord moving on. You can lobby your city council to apply higher standards to landlords and neighborhood nuisances so problem people are more restrained.

But if a giant transnational corporation owns a house, they won’t give two hoots about their negative effects on the places they live. For them, it’s just a numbers game, and like the renters they rent to they have close to zero stakes in the communities where they’re hoovering up homes.

All this drives people rich enough to buy their way out of rented-up neighborhoods more reason to do so, further stratifying society. That’s bad for everyone.

For example, it’s because I live in a neighborhood with a greater variety of incomes instead of an upper-middle-class McMansion park that I saw and then mentioned to my city councilman that some of my neighbors can’t afford to keep their sidewalks in good shape. It came up because I’m the kind of person who might go to a city council meeting — an educated white-collar professional, the demographically most likely to be civically engaged.

The councilman explained to me how to help them get that fixed at a low cost, and offered to refer all sidewalk cliffs I emailed him the addresses of to our city’s maintenance department for faster fixing. Win-win: My poor neighbors get nicer sidewalks, and so do I. But if my neighborhood increases in even low-level chaos beyond what I’m willing to take, I can afford to move, and that will be one more neighborhood with fewer socially conscientious middle-class people available to address the needs of their poor neighbors.

The saturation of poverty behaviors is key. People who can afford to leave will put up with an occasional rude thing going on. They will not put up with constant or increased aggravation. Therefore policy makers at all levels should be pulling every prudent and responsible lever possible to help more people invest in their neighborhoods and improve them.

One such lever is responsible home ownership people can achieve on fair terms, because that requires discipline that will benefit one’s life in multiple other areas. But if it’s unachievable even with consistent hard work and the ability to delay gratification for a reasonable time, why would people put forth that effort in the first place? And when they don’t, it matters to everyone.

You Will Never Own Anything, and That’s Depressing

Stratification creates downward spirals both economically and culturally. Instead, our society should seek to encourage upward cycles. That’s to the benefit of everyone, instead of harming most people while benefitting a few short-term.

Here’s more of that Twitter thread suggesting other potential financial effects to Americans as a whole of hedge fund-owned neighborhoods.

Blackrock is well known for its use of its massive financial power to elevate leftist social causes, including, as the tweeter noted, the World Economic Forum’s “Great Reset” strategy. WEF also predicted in an infamous 2016 video, based on “input” from their Davos crowd, that by 2030 “You’ll own nothing, and you’ll be happy.”

In responsibility is where people find happiness. Our government should stop making financial decisions that steal from all of us the ability to take responsibility for our own families, homes, and happiness. And, regardless of what our corrupt and feckless governments do, each of us must continue to pursue ownership of our own lives through every avenue possible.

So if you can’t buy a home in one city, move to a cheaper one. If you can’t buy it now or want to pay as little of that inflation tax as possible, stuff your cash somewhere for now, wait for the market collapse, and buy then. 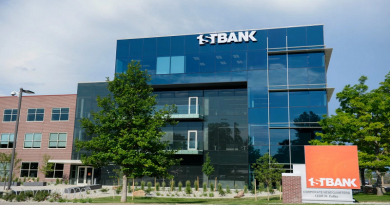 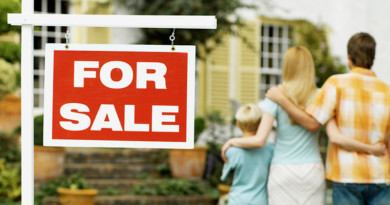 Looking to buy or sell Real Estate in Arizona? 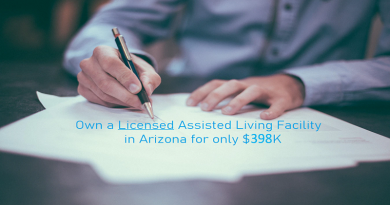